On a warm, still, June afternoon, overlooking the Mooloolaba canal, Naomi Jackson and Perry Elliott were surrounded by 40 of their closest family and friends, gathered to celebrate their engagement.
The speeches were announced early and the couple thanked everyone for coming and then created a huge wave of excitement by telling everyone “seeing as all the important people are right here, we thought we would get married”!!  There was a massive roar and cheers from the guests – yelling “I told you”, “I knew it”!!  …. After a few weeks of planning and the secret still being safe, I arrived and waiting in my car outside of their home, because I didn’t want anyone to recognise me and get wind of the secret… so as soon as the announcement was over… I made my appearance and I’m so pleased I waited outside because, to my surprise, there were quite a few friends of mine at the Celebrations.

So, I started their relaxed ceremony with a very happy ‘Surprise!’.  Blake, Naomi’s son age 12, played a very special part having the honour of presenting the rings to his parents.  When it was time to sign the register, Perry and Naomi were spoilt for choice with so many very close friends so they decided to ‘raffle’ the position, to much laughter and great excitement with each guest having the chance of the honour.

Naomi and Perry said that their favourite moments of the day were standing there beside each other, in front of their close family and friends and saying ‘I do’, and hearing all of the personal and wonderful things that they had said about each other and their relationship to me during our planning which I’d written into their ceremony, ….they said “It was so beautiful,  so amazing to hear”.

They said “Our ceremony and the party which followed was the most perfect wedding day we could have ever dreamed of, totally personal, intimate, surrounded by the most important people in our lives, exactly what we both wanted”.

Within two days, we were seeing photos of them on Facebook, all rugged up on the snowfields of Queenstown, New Zealand and having a ball on their honeymoon before.  The next adventure happens in November with a new addition to their family expected, a baby girl, can’t wait to meet her!!
awww 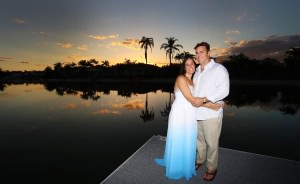 Quick delivery of
the domain

Turbocharge your Web site. Watch our video to learn how.

Since 2005, we've helped thousands of people get the perfect domain name

Buying a domain is an easy task. But when you are looking for a specific domain that needs to be transferred over and the costs are high you need a company that can handle this transaction for you. You are in a way buying a business when dealing with domains of this quality. With HugeDomains the process was extremely easy and helpful. We paid and received our logins / transfer documents and etc within the same hour. I highly recommend them and will be dealing with them for my domain needs.

HugeDomains enabled me to own a premium domain through a monthly payment plan; a superb service not found elsewhere.

Easy process with HugeDomains.com! I hope we can pay this off with our cool new Blockchain NFT project! Or our evil cats assist us >=D - Thank you!

Great service and very quick transfer of domain, very easy transaction. This is the second time i have used these guys and very pleased. Tim.

If you’re looking for a service to help you buy a premium domain name, HugeDomains is one of the best services you’ll find.

Transferring the domain to another registrar such as GoDaddy

Yes, you can transfer your domain to any registrar or hosting company once you have purchased it. Since domain transfers are a manual process, it can take up to 5 days to transfer the domain.

Domains purchased with payment plans are not eligible to transfer until all payments have been made. Please remember that our 30-day money back guarantee is void once a domain has been transferred.

How do I get the domain after the purchase?

Once you purchase the domain we will push it into an account for you at our registrar, NameBright.com, we will then send you an email with your NameBright username and password. In most cases access to the domain will be available within one to two hours of purchase, however access to domains purchased after business hours will be available within the next business day.

What comes with the domain name?

Nothing else is included with the purchase of the domain name. Our registrar NameBright.com does offer email packages for a yearly fee, however you will need to find hosting and web design services on your own.

Do you offer payment plans?

Yes we offer payment plans for up to 12 months. See details.

How do I keep my personal information private?

If you wish the domain ownership information to be private, add WhoIs Privacy Protection to your domain. This hides your personal information from the general public.

To add privacy protection to your domain, do so within your registrar account. NameBright offers WhoIs Privacy Protection for free for the first year, and then for a small fee for subsequent years.

Whois information is not updated immediately. It typically takes several hours for Whois data to update, and different registrars are faster than others. Usually your Whois information will be fully updated within two days.

What's the difference between websites and web hosting?

It's easy to think a domain name and a website are the same. While they are related, they are very different things.

• A domain name is like the address of your home. It just tells people where to go to find you.
• Websites are the code and content that you provide.
• A web host is a service that provides technology, allowing your website to be seen on the Internet.